To share your memory on the wall of Arthur Bell, sign in using one of the following options:

Arthur Irving Bell Jr., 89, passed away on Saturday, January 23, 2021, in Naples, Florida. He was born on
September 3, 1931, to Arthur I. and Leah R. (Radcliffe) Bell. He is survived by his devoted wife of 38
years, Florence; his son, Arthur Bell III (Gibson) of Glyndon, MD; two granddaughters, Mercedes Bucelato
(Justin) of Annapolis, MD and Nicole McLean (Robert) of Baltimore, MD; three great-granddaughters,
Haile, Caroline, and Margaret; his sister, Mary Bell Howser; and many nieces and nephews.


Arthur overcame several obstacles during his early childhood. He often told stories of being “forced” to be
right-handed and maintained that his baby bottle would be dropped to the ground if he reached for it with
his left hand. The debate exists that forcing a child’s “handedness” can cause dyslexia. He was bullied
for this condition that affected his reading, spelling, and writing. Art spent the fourth year of his life in
Kernan Hospital for Crippled Children (the current University of Maryland Rehabilitation and Orthopedic
Institute) being treated for osteomyelitis, a bacterial infection of the bone suspected to be caused by
drinking unpasteurized milk. It was a lonely stay with no visitors allowed, but he responded well to the
therapy. At fourteen, he was sent to the St. James School, a boarding school in Hagerstown, Maryland
where he graduated in 1949. Art had great respect for St. James and proudly credited them for his
successes in life. He then graduated from the University of Maryland in 1953 with a B.S. in Agriculture.
Arthur was selected to attend the Military Police Training Center at Camp Gordon, Georgia. He served as
a Confinement Specialist at Aberdeen Proving Ground in Maryland for two years. Along with a partner, he
established Burgemeister-Bell, Inc. in 1957, a successful plumbing and heating company that included an
underground utility division in 1974. Art was proud to be the only nonunion plumbing contractor in MD. He
was a member of the Maryland Homebuilders Association for many years. In 1994, he received the “Ditch
Digger of the Year” award from the Associated Utility Contractors of Maryland. Later on, his son received
the same award for multiple years, making them the only father and son to be honored for their significant
contributions to the utility industry. Art was called back to Baltimore in 2010 to receive the “AUC of MD
Founders Award”, which represents a lifetime of dedication not only to the AUC but to the construction
industry as a whole. Membership in the National Utility Contractors presented Art with travel opportunities
to conventions and seminars, including a trip to Italy to gain insight into the ancient underground systems
in Rome. Equipment purchases often brought excursions to the factories where the equipment was
manufactured. Art was particularly fond of the German company Leibherr. Dr. Leibherr’s hospitality
always included accommodations at his beautiful hotels in France and Germany.


Art retired from business in 1993 to pursue his love of travel, golf, and gardening and moved full-time to
Ocean City, MD to fish, clam, and crab in the waters of Assawoman Bay. During his lifelong RV
adventures, he traveled as far south as the beautiful beaches of Puerto Penasco, Mexico, as far
northwest as Vancouver BC where he salmon fished from the banks of the Campbell River, and northeast
to Prince Edward Island, his father’s birthplace and where his Scottish ancestors established Bells Point,
south of Cape Traverse. His RV could also be found following the NASCAR circuit with other racing
enthusiasts. Art enjoyed twenty-one years of play at Cedar Hammock Golf and Country Club.
He had a great love for the island of Sint Maarten after honeymooning there in 1983. He returned
annually. Art served as president of the Sea Palace Resort Board from 2007-2018 and was honored to be
named Board Member Emeritus in 2018. He had a tremendous zest for life and was a natural at making
immediate friendships. Art will be remembered for his smile, his love of entertaining, and for sharing a
treasure trove of stories.

Due to Covid-19, a celebration of life will be held at a later date. Tribute donations can be made to the
AUC of MD Scholarship Fund, AUC of MD Educational Trust in honor of Arthur Bell Jr.
c/o Elaine Middleton, Executive Director, 2913 Crabapple Lane, Elliott City, MD. 21042.

Receive notifications about information and event scheduling for Arthur

We encourage you to share your most beloved memories of Arthur here, so that the family and other loved ones can always see it. You can upload cherished photographs, or share your favorite stories, and can even comment on those shared by others.

Posted Feb 10, 2021 at 11:12am
It is with a very heavy heart and many tears that we write this today. Our hearts are deeply saddened by the loss of our very dear friend. Words seem inadequate to express the sadness we feel.
But today we celebrate his life and remember all of the remarkable things Art accomplished and how wonderful his life was and what a difference he made in ours.
To say that Art was larger than life would be an understatement. He lived a long and rewarding life and accomplished so much in his lifetime. He will long be remembered as the hardworking, intelligent and loving man that he was. He had a great sense of humor and always seemed so happy and full of life. He showed us that no matter how hard life can be, we must all learn from it every day and embrace every moment of it.
We will miss so much of how he enlightened our lives through the multitude of stories that he enjoyed sharing. Some of our fondest memories were of our dinners out together or at your home for wonderful meals . We will always remember our boating excursions and in the early days, our jet ski treks to Seacrets. Time together with you and Art was always so enjoyable.
I loved how he always called me "Gailsy" and Tommy, " his buddy". And his great affection for Pearl.
These are just a few examples of what we will cherish and dearly miss of how Art impacted our lives. What more can we say? For time would fail us to recount all the precious moments spent together. Memories of Art will never die nor will they fade as time goes by.
Florence, we are humbled by your strength over the past days and your ability to focus on the amazing life you shared with Art. You were such a loving and devoted wife. Art adored you and was so proud to have you always by his side.

Rest in peace dear friend. Your life's work is done. Everyone who knew you can only say, "Well Done".
With heartfelt love, Tommy, Gail and Pearl. 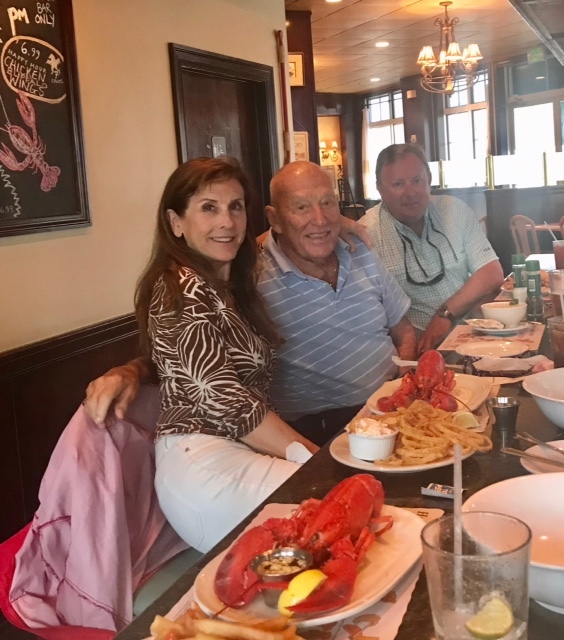 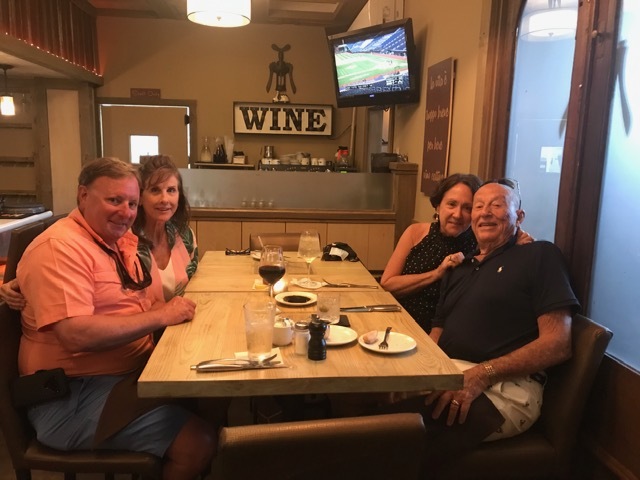 Posted Feb 08, 2021 at 03:47pm
Florence and the Bell Family, My deepest condolences on your recent loss! Art was a treasure! Was saddened to hear the news about our friend Art, one of the gentle giants who always had a kind word, friendly smile and a great story to tell. Art's trademark with his fellow golfers was wearing the most fashionable and colorful golf attire, experimenting with the latest golf equipment, and his total enjoyment of the game. We both were fellow MP's, trained in Camp Gordan for Art, in the 50's, and Fort Gordan for me in 1964. We traded some stories of Augusta and Gordan! It was indeed a pleasure to meet and join Art in a foursome during our Senior tournments or socially with Florence. Art lived a full life and had many memorable experiences so I hope to celebrate him by remembering him as a person who enriched your life as a good friend. Rest in peace, Art! Sincerely, Dave Paquet
Comment Share
Share via:
LS

Posted Feb 08, 2021 at 07:38am
Condolences to Florence and Art’s family. I did so enjoy playing golf with Art at River Run and down here at Cedar Hammock. He was such an interesting person and truly a nice guy and gentleman. He will be missed by all who were lucky enough to have known him. Lou Spahn
Comment Share
Share via:
TF

Posted Feb 07, 2021 at 11:09am
To our beloved friend Art,
We treasured our time together. You and Florence are now a part of our family. Art, you will be truly missed by all of us. We love you both. May God bless you. Until we meet again...
All our love, Gary, Alice, Zack, Justin and your doodle pals, Cali & Cooper.
Comment Share
Share via:
GT

Posted Feb 02, 2021 at 12:42pm
My condolences to you, you do not know how sad I was to hear of Art's passing. You two were so devoted to each other and besides being a great couple, you shared such a wonderful relationship. Art will be missed by all who knew him. 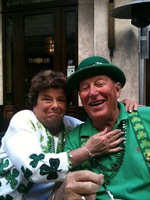 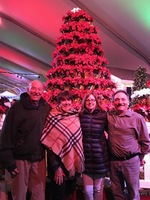 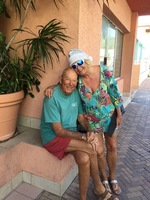