To share your memory on the wall of Carolyn Fuessel, sign in using one of the following options:

Carolyn was born in Chicago, Illinois to Bernard and Mary (Van Wiele) Procuniar on September 16th, 1939. She was a graduate of Reavis High School. She married Edward A. Fuessel Jr. on September 4th, 1960 in Chicago. She worked at 3M for 38 years where she had met her husband. Carolyn was involved in various associations and would volunteer her time and energy to help in any way possible.

Carolyn will be remembered for many things, but mostly how she could make an entrance and light up the whole room. She may be gone but her beauty, smile and vivacious laugh will remain in our hearts forever. We hope you knew how much you were absolutely loved.

Due to the pandemic, there will be no visitation service.

The family of Carolyn Fuessel wishes to extend our sincere thanks to American House and Hospice in Bonita Springs, for taking care of her with dignity and sincerity until the very end.
Read Less

Receive notifications about information and event scheduling for Carolyn

We encourage you to share your most beloved memories of Carolyn here, so that the family and other loved ones can always see it. You can upload cherished photographs, or share your favorite stories, and can even comment on those shared by others.

Posted Dec 01, 2020 at 05:51pm
So sorry , i will always remember the ride in her 61 pontiac convertible flyin through town at unheard of speed, lol the cart wheels she used to do , and her yelling out the the window at the lake, i can hear everything you guys are saying, she could really hear good, a very carrying person too, will really miss you Carolyn
Comment Share
Share via: 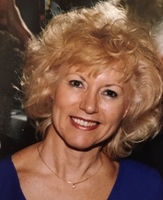