To share your memory on the wall of Christopher Paletta, sign in using one of the following options:

Christopher Xavier Paletta, 34,died peacefully in Naples, FL Thursday morning, May 13 surrounded by his father, brothers, and a guardian angel that had been at his side during an 8 year struggle with a chronic and debilitating illness, Refl... Read More

Christopher Xavier Paletta, 34,died peacefully in Naples, FL Thursday morning, May 13 surrounded by his father, brothers, and a guardian angel that had been at his side during an 8 year struggle with a chronic and debilitating illness, Reflex Sympathetic Dystrophy ("RSD"). His final days were filled with music, meditation, and the love of adoring friends and family. Christopher graduated from St. Louis Priory and the University of Denver. His gifted intellect and thirst for knowledge led him west to San Francisco where he pursued a doctorate in neuropsychology at the California School of Professional Psychology. Chris always balanced strenuous academics with his core passions: he was a talented artist and musician, and his appreciation for music sent him traveling around the US to countless concerts of his favorite band Phish. But his greatest passion was his Siberian Husky Leo who he often ran on the beaches of the Pacific Ocean, along the banks of Lake Tahoe and the streams of the Colorado Rockies. Christopher had a keen intellect and unassuming brilliance. He was both creative and innovative, and his clinical interests were focused in novel therapies for disorders of the brain and nervous system. His research of psychedelics was at the forefront of cutting edge therapies for PTSD and other psychological traumas. Unfortunately, his research and professional career were cut short by an innocuous nerve injury that would change his life forever. During his 8 year odyssey, Christopher and his father consulted leading experts around the world in science and medicine in a relentless search for novel treatments for RSD, a rare neuro-inflammatory syndrome that subjects its victims to the worst pain condition known to medicine. Sadly, the syndrome is a medical mystery, and science has yet to find a treatment for this debilitating disorder. Undeterred, Christopher created innovative regimens and unique synergies that at times slowed the progression of the disease, impressing medical experts at his success at achieving significant symptom relief. Throughout Chris' battle, he displayed a positive attitude and remarkable resilience of a warrior that kept going in spite of insurmountable obstacles and unbearable suffering. He had enormous courage and stamina, unwavering strength and passionate determination that gained him a remarkable reputation among leading medical experts who held him in the highest esteem as an extraordinary innovator. Chris had a unique and special spirit that touched everyone whose paths he crossed. He was truly an inspiration to everyone, extraordinary in every sense, from doctors and nurses, to many RSD sufferers around the country, and most of all to his friends and family who held him in awe. His creative brilliance led to the discovery of several innovative regimens that are being researched and adopted by leading medical institutions and pain experts around the country, most notably Johns Hopkins and Cleveland Clinic. His journey is the subject of a book being written, and a documentary mini-series being produced. In his final days, he carried a sense of grace and class that moved everyone around him as he composed music and meditated, and reached out to countless friends expressing gratitude for having been a part of his life. Christopher's legacy and his spirit will live on long after his passing. Christopher is survived by his parents, Deborah Paletta of Newport Coast, CA, Richard Paletta of Naples, FL, and his brothers Nicholas Paletta of Tulsa, OK, and Theodore Paletta of Denver, CO, and numerous aunts, uncles and cousins. Friends who would like to make contributions in his name may do so to Reflex Sympathetic Dystrophy Syndrome Association ("RSDSA"), 99 Cherry St., Milford, CT 06460 or St. Louis Priory School, 500 S. Mason Rd., St. Louis, MO 63141.

Services: Christopher's body will be cremated, and a private memorial service will be scheduled at a later date. Burial will be private.

Receive notifications about information and event scheduling for Christopher

Print
Services: Christopher's body will be cremated, and a private memorial service will be scheduled at a later date. Burial will be private.

We encourage you to share your most beloved memories of Christopher here, so that the family and other loved ones can always see it. You can upload cherished photographs, or share your favorite stories, and can even comment on those shared by others.

Posted May 23, 2021 at 04:43pm
My love to Chris! I only have warm and positive memories of you and our time as friends. Thank you for always being kind.

Posted May 23, 2021 at 04:40pm
The last time I saw Chris was over five years ago when he was living in Pacifica with his dog Leo. I remember him being happy, and enjoying his life with Leo and spending some time back and forth from Pacifica and Oakland (Where I was living at the time). I knew Chris from college at DU, and he was always a good friend to me and everyone he knew. I’ll always remember him as a good man and a universally kind person. My love to Chris and to the family.
Comment Share
Share via: 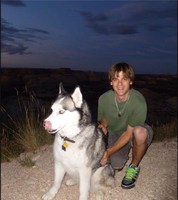 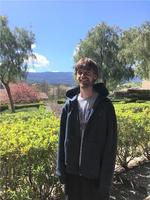 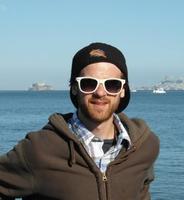