To share your memory on the wall of David Stevens, sign in using one of the following options:

Dave met Gail Martin at a University of Michigan Alumni Club meeting, they charmed each other and after a whirlwind romance, the two married on February 14, 1999 at the Morikami Japanese Gardens in Delray Beach, Florida. Over the next few years, they lived in Boca Raton, Fort Pierce and finally settled in Naples, Florida. They enjoyed spending time at the beach, riding their tandem bicycle, working on local theatre productions, and participating in UM Alumni club and the Council of World Affairs programs. Dave always loved learning new things and would be quick to strike up a conversation with whoever he met. Dave and Gail took many trips around Florida, bringing along their tandem bike to get out and explore. As his eyesight failed, many activities became more difficult, but he was able to remain current on political and sporting events via audiobooks and periodicals from the Library of Congress and television, and attending other events with the assistance of his “seeing eye wife”. He was an avid University of Michigan football fan and enjoyed watching as many NFL games as he could, a particular interest was following the pro careers of Michigan football players, especially Tom Brady.

He is preceded in death by his parents; brother Binet, sister-in-law Rosalie and nephew Bryan; first wife Marian and grandson Leighton. He is survived by his second wife Gail; his daughter Lois and her husband Bob; daughter Rebecca, her husband Richard and Dave’s granddaughters Adrienne and Raquel; son David, his wife Hilary and Dave’s grandsons Graham, Walker and Pierce; nephews Jon and Bruce; and sister-in-law Anna Leigh Kubbe.

We will miss his hearty guffaw, wit and wisdom, and sense of humor. We wish him godspeed on his new adventure.
Read Less 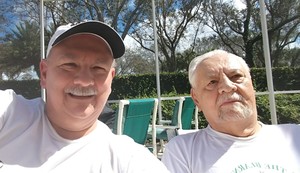 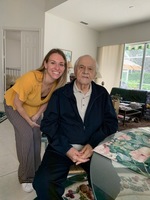 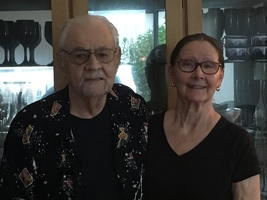 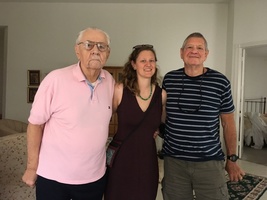