To share your memory on the wall of Dawn McLean, sign in using one of the following options:

Dawn Marie McLean passed away on February 8, 2021 after a short battle with pancreatic cancer days before her 73rd birthday.

She was born in Millinocket, Maine to Joan McInnis McLean and Robert “Bob” McLean. Joan gave her t... Read More

Dawn Marie McLean passed away on February 8, 2021 after a short battle with pancreatic cancer days before her 73rd birthday.

She was born in Millinocket, Maine to Joan McInnis McLean and Robert “Bob” McLean. Joan gave her the name “Dawn” because she said that she brought the sun into her life. Throughout her lifetime, Dawn did that for those around her with her generosity and spirit.

Dawn was raised in East Millinocket and Millinocket, graduating from Stearns High School. She received a BS in Math from the University of Maine.

Dawn started her career with AT&T in White Plains, NY and eventually returned to Maine where she worked until retiring from Verizon.

Soon after retiring, she moved to Florida with her partner Peter Schofield. She and Pete enjoyed their time living in Bonita and then Estero where they were very active in their community. Dawn and Pete also enjoyed traveling. In addition, they looked after Dawn’s Mom and stepdad Clyde “Buzz” Cox.

When Pete became ill, Dawn lovingly looked after him until his death. She continued until her death to do the same for Joan and Buzz.

In Estero, Dawn was very involved in the arts; singing in 2 choruses, playing flute in a local band, helping to start a ukulele group and performing in community talent shows.

Dawn’s love of music, theater and travel was evident in her many trips to Broadway, her Playbill Cruises, and her enthusiasm as a patron of the arts in Fort Myers.

Dawn will be remembered for her many talents as well as her kindness, generosity and her wonderful laugh.

Dawn was predeceased by her grandparents, Allen & Margaret McLean and J. Edward & Muriel McInnis, her father Bob McLean, and her partner Pete Schofield. She leaves behind her mother and stepfather Joan and Buzz Cox, of Fort Myers, FL; her three brothers and sister and their spouses: Bobby McLean and wife Barbara of Millinocket, ME, Mike McLean and wife Brenda of Windham, ME, Ronnie McLean and wife Wanda of Sun City, AZ, and sister Lynne McLean Gammon and husband Rick Gammon of Gorham, ME; as well as several nieces and nephews and many special friends in Estero, FL.

The family wishes to thank her special friends for their loving care during her illness. A memorial mass will be held at a future time.

If you wish to honor Dawn’s memory, please make a donation to the charity of your choice

Receive notifications about information and event scheduling for Dawn

Print
A memorial mass will be held at a future time.

We encourage you to share your most beloved memories of Dawn here, so that the family and other loved ones can always see it. You can upload cherished photographs, or share your favorite stories, and can even comment on those shared by others.

Posted Feb 13, 2021 at 09:37am
To all of Dawn's family. We are so sorry about Dawn's passing. Our thoughts are with you. May she rest in peace. Chip & Pat Schofield.
Comment Share
Share via: 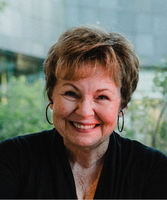