To share your memory on the wall of Diane Love, sign in using one of the following options:

After graduating from Rock Island High School, Diane attended the University of Illinois where she met Ken Love, her husband for almost sixty years. They had a fun and action-packed life together while living in Chicago, Pittsburgh, Miami, and Wilton, Connecticut. Diane was a skillful and at times a fearless cook and by the mid-1970s a committed foodie. Her dinner parties were legendary. Diane and Ken’s many trips together were focused on the local restaurant scene as much as sightseeing and culture. More recently, they split their time between Naples, Florida and Lincolnville Beach, Maine. They made both homes welcome destinations for their grown sons and their wives and children. In each place where they lived, they added to their diverse collection of close friends.

Beyond her family and close friends, Diane maintained an active social life as an avid bridge player and as a member of a long succession of bridge clubs. In addition, she was active in a wide range of social and philanthropic organizations, including the Mt. Lebanon (PA) Junior Woman’s Club, where she was a co-founder in 1968, the Phi Phi Alumni Association, the Camden (ME) Yacht Club, and the Moorings Golf and Country Club in Naples.

In addition to her husband Ken, Diane leaves behind two sons, their wives, and children: Tim and Mimi Love of Boston, Massachusetts and their children Sofia and Nico; and Todd and Kristy Love of Clearwater Beach, Florida, and their children Jenna, Travis, Griffin, and Reef. Diane’s warmth, humor, and grace will be sorely missed by all those who loved her and counted on her for advice, comfort, and companionship, whether for a few hours at a time or for most of a lifetime.

In memory of Diane, consider making a contribution to the Avow Hospice in Naples: https://avowcares.org/donate-now/
In the right column at the bottom of the page, click the box next to "Tribute Gift."
Read Less

Receive notifications about information and event scheduling for Diane

We encourage you to share your most beloved memories of Diane here, so that the family and other loved ones can always see it. You can upload cherished photographs, or share your favorite stories, and can even comment on those shared by others.

Posted May 03, 2021 at 08:58pm
I am so sorry, there are no words. She was my best friend of 60 years . Even if we didn’t see on another often after college, we always kept in touch. When she and Ken moved to Naples, we were able to see one another often... it was like we had never been apart. Ioved her and will miss her. She is at peace now and will always be in my prayers. Nancy Lopez
Comment Share
Share via: 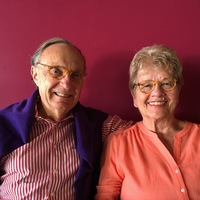