To share your memory on the wall of Donald Samson, sign in using one of the following options:

He was commissioned in the United States Army in 1961 as a second lieutenant and spent the next nine years on active duty until his discharge in 1970. After his service, Don spent the 49 years as a much-loved pediatrician at Grove Hill Clinic in New Britain, Connecticut and also volunteered every Friday afternoon for many years at the Hospital for Special Care in New Britain.

Don married his devoted wife, JoAnn, in 1963 and together they had four children, Teri Craven and husband Jack of Eugene, Oregon, Donald J. Samson and wife Maria of Seattle, Washington, Susan Miller and husband David of Morristown, New Jersey and David Samson and his wife Lauren of Annapolis, Maryland. He also leaves behind six very special grandchildren, Atticus, Grace, Meghan, Allie, Bodhi and Dax and his twin brother Arthur Samson of Boulder, Colorado. He was predeceased by his brother, Robert.

Don was affectionately known as Doc Don. He was loved by his family, many friends and especially his patients and their families. Don loved to travel, play cards and entertain children with his puppets. Our family will forever be grateful for the VA Healthcare System for the care and support they gave to us in Connecticut and Florida. We would also like to give a very special thanks to Yanny and Giuseppe Pena who spent many hours assisting with Don’s care. A funeral service and memorial celebration will be held at Arlington National Cemetery at a later date.
Read Less

Receive notifications about information and event scheduling for Donald

We encourage you to share your most beloved memories of Donald here, so that the family and other loved ones can always see it. You can upload cherished photographs, or share your favorite stories, and can even comment on those shared by others. 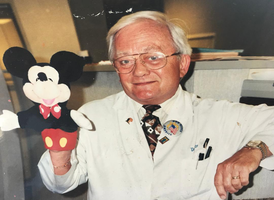 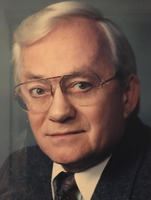