To share your memory on the wall of Dr. James Riviere, sign in using one of the following options:

Provide comfort for the family by sending flowers or planting a tree in memory of Dr. James Riviere

Provide comfort for the family by sending flowers or planting a tree in memory of Dr. James Riviere

Receive notifications about information and event scheduling for Dr. James

We encourage you to share your most beloved memories of Dr. James here, so that the family and other loved ones can always see it. You can upload cherished photographs, or share your favorite stories, and can even comment on those shared by others.

Posted Nov 13, 2020 at 07:50pm
Jim was one of the most inspirational men that I have ever met and he graced my life. He put his heart and his wit in everything he did and that includes his long courageous battle with cancer. I was inspired by his courage, to say nothing of his wisdom and his beauty as a human being.
Comment Share
Share via:
D

Posted Nov 12, 2020 at 07:08pm
I have most fond memories of Jim, a dear friend. I will miss his humor and humanity. He was a brilliant man. My deepest condolences to his beloved wife Wanda and my dearest friend. Love, Dorothy
Comment Share
Share via: 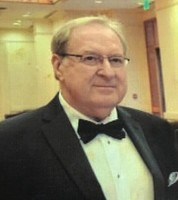