To share your memory on the wall of Frederick Williams, sign in using one of the following options:

At age 11 Win dreamt of sailing around the world. He realized his dream in 1956 and set sail with captain Irving Johnson on a 100-foot Dutch pilot schooner called Yankee. On the Yankee, the brigantine Wanderer and on his own schooner, Win visited faraway places like Pitcairn, Tahiti, New Guinea, Africa, and beyond which he detailed in his new book Under a Cloud of Sails: Memoirs of a Free Spirit published in 2020.
On one of his voyages, Win married a Filipina Lana Reyes and settled in Manila, Philippines where he had four children and worked as an advertising executive.

Win was always an adventurer. He was a commercial boat captain, freelance writer and photographer, most notably for National Geographic and Sailing Magazine. He loved bird watching and devoting his time to helping recovering alcoholics. He had a contagious smile and a heart full of gratitude.

Win died with 44 years of continuous sobriety. Donations in his memory can be sent to the 24 Hour Club of Naples,1509 Pine Ridge Rd, Naples, FL 34109.

Celebrations of Win’s life will be held at a later date.
Read Less

Receive notifications about information and event scheduling for Frederick

We encourage you to share your most beloved memories of Frederick here, so that the family and other loved ones can always see it. You can upload cherished photographs, or share your favorite stories, and can even comment on those shared by others.

Posted Jan 14, 2021 at 01:36pm
My sincerest prayers and condolences go out to Win's family and friends. I loved Win so much! His zest for life and for AA was always inspiring to me. I will miss him so much. The 24 hour club won’t be the same without him.
Comment Share
Share via: 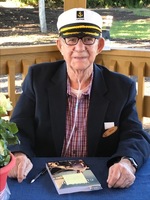