To share your memory on the wall of Harry Injaian , sign in using one of the following options:

Print
Harry Injaian died peacefully in Naples, FL on April 24, 2021 at the age of 93 with his wife Mary and granddaughter Jennifer by his side.

He was born in Camden, NJ to Vahan and Arshalous (Sinanian) Injaian. Harry attended Woodrow Wilso... Read More
Harry Injaian died peacefully in Naples, FL on April 24, 2021 at the age of 93 with his wife Mary and granddaughter Jennifer by his side.

He was born in Camden, NJ to Vahan and Arshalous (Sinanian) Injaian. Harry attended Woodrow Wilson HS in Camden, NJ and was in the last February graduating class. While there he was an outstanding halfback and punter on the football team, scoring many touchdowns and having the best punting average in South Jersey.

He was also one of the founding members of Cam-Phi. Cam-Phi is an independent Armenian athletic association that fielded many very competitive basketball teams through the 40's and 50's. Later generations would continue the Cam-Phi basketball tradition in the 70's and beyond. The Cam-Phi camaraderie drew the members together frequently for picnics and other gatherings.

Harry worked as a sales representative for Honeywell Instruments and later for Fluid Controls Company. He met and began dating Mary Torigian in June,1951. Mary and Harry dated for a year and were married on June 15, 1952 at Holy Trinity Armenian Church at Susquehanna and Marshall in Philadelphia. Harry worked for Fluid Controls Company in Philadelphia and relocated the family to Virginia in 1956 where he worked until 1961. He later became the owner and president Fluid Controls working out of the Philadelphia office until his retirement in 1991. He was avid golfer and tennis player and made good use of the family membership at Riverton Country Club. Harry was an accomplished bridge player and won tournaments with Mary and with his Riverton Country Club team. Harry accumulated Master points by winning and placing in national tournaments. Mary and Harry lived an idyllic life in Moorestown, NJ for many years with a tennis court and swimming pool in the back yard. They hosted numerous tennis and pool get-togethers with family and friends.
After retirement, Mary and Harry spent their winters in Florida, but continued to come North to see family and friends during the summer. Harry took advantage of the warm weather in Florida to play golf and tennis during the winter. Mary and Harry enjoyed 40 years of the warm Florida sun. After 68 years of blissful marriage, a loving family with the children, grandchildren, and great grandchildren it was a life well lived for Harry.

Receive notifications about information and event scheduling for Harry

We encourage you to share your most beloved memories of Harry here, so that the family and other loved ones can always see it. You can upload cherished photographs, or share your favorite stories, and can even comment on those shared by others.

Plant a Tree in Memory of Harry
Plant a tree 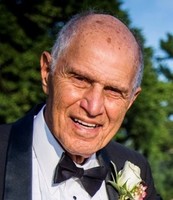 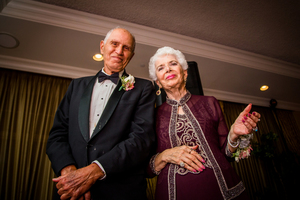 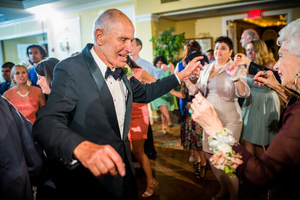