To share your memory on the wall of Laverne DeBruyne, sign in using one of the following options:

Laverne married Sylvia Jane Wisse (DeBruyne) in June of 1952, while home from leave. They lived in Webster, NY, for over 20 years and Fairport, NY, for over 40 years. Only recently, October, 2019, they moved to Bonita Springs, FL, to be near family. Vern worked for Gleason Works in Rochester, New York, for 35 years. He thrived in a second career as an Antique Dealer for another 30 years. He had numerous activities and hobbies including gardening, wood working, Boy Scouts, fishing, Euchre, and collecting.

Laverne was a devoted son and loving husband and father. He was dearly loved and will be greatly missed. A memorial service in the Rochester area is being planned for a later date and time to be determined. In lieu of flowers, please consider donating to The Open Door Mission (Rochester, NY), South Perinton United Methodist Church (Fairport, NY), or National Kidney Foundation.
Read Less

Receive notifications about information and event scheduling for Laverne

We encourage you to share your most beloved memories of Laverne here, so that the family and other loved ones can always see it. You can upload cherished photographs, or share your favorite stories, and can even comment on those shared by others.

Plant a Tree in Memory of Laverne
Plant a tree 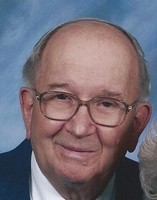