To share your memory on the wall of Michael Licht, sign in using one of the following options:

Mike moved to Naples in the mid 80’s to work at a CPA firm, where he later became partner. He immediately fell in love with our charming beach town and decided to make it home. Through his many years as an accountant, he built a successful practice with many wonderful clients that he also called friends. His like-able personality and knowledge in his field helped him grow a practice that he was very proud to call his own. Mike truly cared for his clients like they were family. Their success was as important to him as his own. It was through work that he met Mary. They married in 1995 and had Hal and Olivia shortly after. Mike and Mary enjoyed their family time with most of it spent outdoors; waterskiing at their lake home in Lake Placid, FL and flying to fun vacations spots, (especially the Bahamas), all the while watching their children grow into the lovely young adults they have become. Mike was extremely proud to see his son graduate from USF just the day before his passing.

Mike was adventurous, sometimes impulsive, athletic, smart, hard-working, loyal, caring, and so exceptionally kind. He loved his family with his whole heart, making sure all their days were filled with love, security, and a bit of fun. Mike lived a very full life with his wife, children and his two beloved dogs, Dash and Willy, always by his side. Family time meant the world to him and he appreciated his time off from work and made the very most of it.

Mike was a storyteller. He had some great ones, too. If you were lucky enough to hear one of his hilarious stories of his days living and skiing in Aspen or flying all over the country in a single engine plane, then you know what a true gift his friendship really was.
Read Less

Receive notifications about information and event scheduling for Michael

We encourage you to share your most beloved memories of Michael here, so that the family and other loved ones can always see it. You can upload cherished photographs, or share your favorite stories, and can even comment on those shared by others.

Posted May 19, 2021 at 10:18am
So sorry to hear about Mike. He certainly gave his family and friends so many memories which will keep him
close to you each day. Keeping you, Hal & Olivia in our prayers,
Comment Share
Share via:
JG

For Mary, Hal and Olivia, a Native-American Blessing:

May the stars carry your sadness away.
May the flowers fill your heart with beauty.
May hope forever wipe away your tears.
And above all, may the silence make you strong.

My heart is with you.
Karen 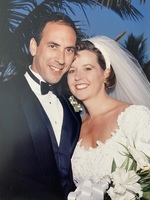 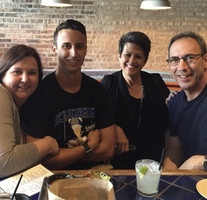 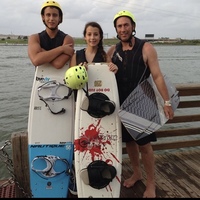