To share your memory on the wall of Patricia Dorsett, sign in using one of the following options:

Print
Patricia Jean Poole Cleek Dorsett Bullington, better known as Patsy, passed on into Jesus’s arms
on March 1, 2021 in Naples, Florida. Patsy was born in New Castle, Indiana on May 26, 1935.

She was preceded in death by her parents... Read More
Patricia Jean Poole Cleek Dorsett Bullington, better known as Patsy, passed on into Jesus’s arms
on March 1, 2021 in Naples, Florida. Patsy was born in New Castle, Indiana on May 26, 1935.

She was preceded in death by her parents, George and Margaret Poole, who were long time
residents of New Castle. She is survived by her husband, Ralph Bullington; her sister Margaret E
Walls; her children, Cindy Troxell and husband Ernie, Jill Martin, Deborah Ferrell and husband
Terry, and David Cleek; her grandchildren, Joel Troxell, Bryan Troxell, Jackson Martin,
Christopher Ferrell, Matthew Ferrell, Nicholas Ferrell, Marilyn Ferrell, Katie Cleek, Abby Cleek,
Bryan Cleek, and Joseph Cleek; and seven great-grandchildren. A private memorial service to
celebrate Patsy’s life will be planned for sometime in the near future in Indiana.

Patsy grew up in New Castle, Indiana as a member of the Presbyterian Church. She was a
member of the Sunshine club and active in school activities such as speech, politics, radio and
book clubs.. Patsy was a survivor of polio which she contracted at the age of 15. Contracting
this disease at such a young age shaped Patsy’s determination to enjoy life to the fullest. She
spent her summers at Lake Wawasee in Syracuse, Indiana with her parents, sister, and children.
She raised her children in Orchard Park, New York, and Greensboro, North Carolina before
settling in Conyers, GA where she resided for many years. The last five years of Patsy’s life was
spent in one of her favorite places, Naples, Florida where she was a member of the Naples
Community Church and the Imperial Golf Club.

Patsy studied at Georgia State University and was an inspiring English teacher for 10 years. In
addition to teaching, Patsy was the president of the League of Women Voters, played piano for
her children’s dance company, owned her own business, was involved in church activities, and
was a travel agent. When she wasn’t planning other peoples’ travels, she was planning her own
trips around the world. While at home, she enjoyed the beach and relaxing on her lanai. She
appreciated everything life had to offer, from the arts, theatre, history, books, trivia, swimming,
and watching sunsets. She loved to socialize, go shopping, eat out, and spend time with her
family. She had a fighting spirit and was full of poise and grace. Patsy will be greatly missed, but
she will remain in our hearts forever.
Read Less

Receive notifications about information and event scheduling for Patricia

We encourage you to share your most beloved memories of Patricia here, so that the family and other loved ones can always see it. You can upload cherished photographs, or share your favorite stories, and can even comment on those shared by others.

Posted Mar 05, 2021 at 09:16am
When Patsy and Ralph was in Conyers and I lived in Conyers. I was renting Patsy house for a number of months. My wife and I loved to visit them in their home in Conyers and listen to the Ralph and Patsy show while Ralph was cooking dinner and Patsy was at the table picking at her food and Ralph and I used to tease Patsy about different things. I will never forget the good times we had at the Ralph and Patsy show. RIP Patsy we love you.
Comment Share
Share via:
WC

Posted Mar 04, 2021 at 07:53pm
Patsy was such a special lady. Always kind, gracious and loving. We are so blessed to have known her! Our prayers are with the family. Dennis and Willie Combs
Comment Share
Share via: 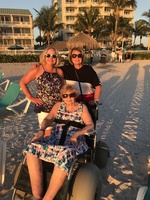 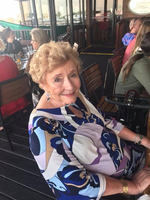 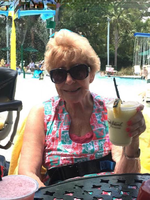 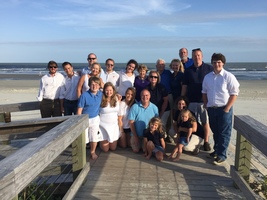