To share your memory on the wall of Regene Ross, sign in using one of the following options:

Regene attended the University of Iowa for two years, and then joined the Peace Corps where she served her country in Uruguay, South America, where she assisted local communities with agricultural and educational projects. Following her return from the Peace Corps, she attended George Washington University where she completed her Bachelors Degree and earned a Masters Degree in Romance Languages.

Following her university studies, she joined the Library of Congress in the Cataloging Division where she cataloged books in many languages. She eventually rose to serve as a Division Manager in the book cataloging area. Notably, cataloging details developed by Ms. Ross and her staff are used by libraries around the world to identify and locate books.

Regene lived in Upper Marlboro, MD for many years and she was a member of the Marlboro Country Club where she became an accomplished golfer winning the Ladies Club Championship multiple times and serving for several years as President of the Ladies Golf Association.

In 2004 she and her loving companion H.B. Devlin (Corky) relocated to Naples Florida where they enjoyed many years as residents at Vanderbilt County Club. In Naples, Regene became a member of the Traveling Women’s Golf League (TWGL) and served as League Scorekeeper until her passing. She also joined the Ladies Friday Golf League serving as a Co-Chair for several years.

Regene and Corky traveled to many iconic golf destinations around the world making friends as they went. Eventually, they traveled around the world twenty times, and became members at Royal Port Alfred Golf Club in South Africa and Coomealla Golf Club in Australia. Regene accumulated eight holes in one during her golfing career.

Ms. Ross is survived by her sister Marlene Thomas (Glen) of Crossville Tennessee and brothers Reggie (Phyllis) Ross, of Ankeny, Iowa, Mark (Ellen) Ross of Underwood, Iowa, Gregory (Rhonda) Ross of Minden, Iowa along with 10 nieces and nephews and 17 great nieces and nephews and Harold B. Devlin of Naples. She was preceded in death by her parents.

It can be safely said that Regene was viewed as one of the nicest people one could meet, and a ladylike and helpful friend who will be missed. Those wishing to remember Regene may make donations to the Collier County Public Library at 2385 Orange Blossom Drive, Naples, FL 34109.
Read Less

Receive notifications about information and event scheduling for Regene

We encourage you to share your most beloved memories of Regene here, so that the family and other loved ones can always see it. You can upload cherished photographs, or share your favorite stories, and can even comment on those shared by others.

Posted Oct 11, 2020 at 08:52am
I was so deeply sorry to read of Regene’s passing. I met her here in Naples through the wonderful game of golf. We played in TWGL together as well as a few FSGA and SWTGA events too. Soft spoken but always smiling, I loved hearing of her world travels. We shared many laughs along the way. I know that the passage to heaven will be smooth for this sweet lady. Rest peacefully, Regene 🙏
Condolences to the family, Donna Gravel
Comment Share
Share via:
CM 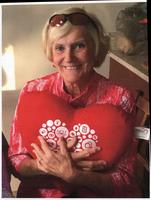 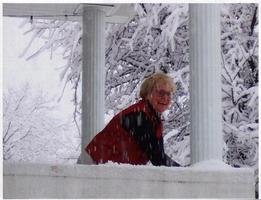