To share your memory on the wall of Tina Skorstad, sign in using one of the following options:

Tina F Skorstad passed away peacefully with her family by her side on February 10, 2021 in Bonita Springs Florida, at the age of 81.

Tina F Skorstad passed away peacefully with her family by her side on February 10, 2021 in Bonita Springs Florida, at the age of 81.

Born in New York, New York on December 8, 1939, to Ernestine and James Franciscus, Tina was the first of three children. At the onset of WWII, the family moved from the city to the small rural town of Marlow, New Hampshire, a quaint town surrounded by rolling hills, pristine lakes and ponds of crystal clear water. She spent much of her childhood working with her father on the family farm, caring for her animals that she loved, and knew by name. It was there that she developed her love for nature and wildlife, something that she would carry with her the rest of her life. Tina left Marlow to attend high school at The Northfield Mt Herman School in Massachusetts and went on to college at Bucknell University, in Pennsylvania graduating with a degree in Biology.

The majority of Tina's life was dedicated to education, specifically to that of young children.  She was a teacher and the director of the Reformed Church Nursery School in Oradell NJ for almost two decades before moving with her husband to Morrisville VT.  While living in Morrisville, she continued teaching preschool in the local school system, never tiring of teaching little ones to tie their shoe laces or learning how to write their name.  Relocating to Florida in 1995, Tina lived in Naples, FL for over 20 years during that time working in the gift shop at The Conservancy of Southwest Florida. She retired in 2013 after becoming ill, but continued her devotion to the protection of land, water and wildlife.

Tina was predeceased by her parents James L Franciscus and Ernestine Franciscus, her sister Joyce Danielson, her first husband Robert Moore and her second husband Harold Skorstad.  She is survived by her children Carol McGinty (Brian) of Naples, FL, Kathleen Kolb (Dennis) of Laughlin, NV, and Robert Moore (Debra) of Naples, FL. She is also survived by her step children Monica Coughlin (Robert) of Toms River, NJ, Norman Skorstad (Mary) of Brattleboro, VT, Ronald Skorstad (Kathy) of Danville, VT, Harold Skorstad (Theresa) of Burlington, VT and Roy Skorstad of Williston, VT. She leaves behind her brother, John Bronson.  Tina was also blessed with 17 grandchildren and 6 great grandchildren, whom she loved dearly.  She will also be missed by her many nieces and nephews and their families.

A memorial will be held at a later date to be determined.  Her family is requesting that in lieu of flowers, contributions be made in her name to The Conservancy of Southwest Florida.  1495 Smith Preserve Way, Naples, FL 34102 or online at conservancy.org, or to a charity of your choice.

Receive notifications about information and event scheduling for Tina

Print
A memorial will be held at a later date to be determined.

We encourage you to share your most beloved memories of Tina here, so that the family and other loved ones can always see it. You can upload cherished photographs, or share your favorite stories, and can even comment on those shared by others.

Plant a Tree in Memory of Tina
Plant a tree
0 trees have been planted in memory of Tina F. Skorstad
MG

Posted Feb 23, 2021 at 12:30pm
As I look around our home I see Tina everywhere in all the thoughtful and loving gifts that she gave our family. She NEVER missed a birthday, an anniversary, a holiday to let you know she was thinking of you. She took the time to personalize her gifts; to think about what would be special to each of us finding something that lined up with our interests or our "colors". After Marco was born into our lives all of the cards and gifts started arriving for him- Halloween, Valentines, Easter, Christmas, birthday. She could not have been a more attentive Grandmother. Her love for children was overflowing. When we came to visit she was so thoughtful in trying to make our visit special. A particularly sweet memory was taking a sunset boat ride through the mangrove islands to watch all the birds coming in to roost at night. She knew we would love seeing those birds and she was right. God Bless you, Tina Skorstad. We love you and will miss you so much. 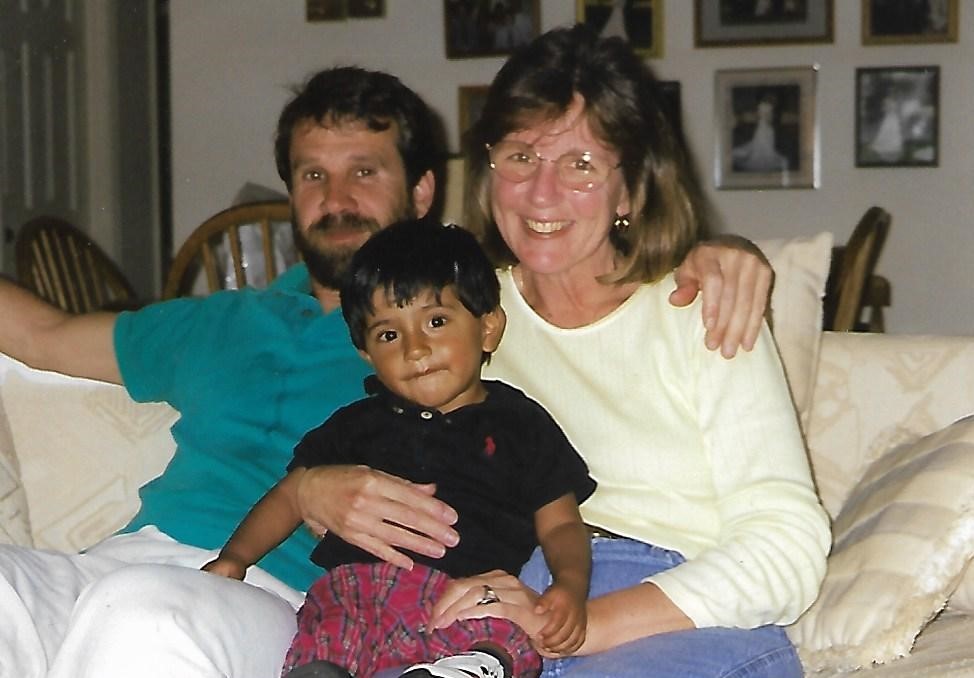 Posted Feb 15, 2021 at 09:37pm
I wanted to reach out to everyone because I know that is what Mom/Tina would want. She loved us all and was  special to each of us in our own way. When I found out that she was being moved from the hospital into hospice, I went for a walk that day and came upon a dirt path that led to a group of trees. While most of the trees in the desert this time of year remain dormant, I noticed this beautiful pine still vibrant in splendor, showing all fullness of life. I took a picture knowing how much mom loved pine trees and how they always reminded her of  growing up in New Hampshire. She would tell me stories of how as a little girl she would have to help her Dad cut down trees for fire wood and how cold she would be and he would say "Don't worry Tina, only seven more..." Looking back over the years, I think mom is more like the pine tree she loved than any of us would have thought.

For, just as a pine tree ages and it's beauty never fades, Mom/Tina became even more beautiful the longer and harder she fought. And just as a pine cone is known to be a reflector of light, mom's strength and courage became a reflection of bravery that spoke to us all. She only hoped for a better tomorrow and now her tomorrow has come. As I am left missing her more than I could have ever imagined I like you, am comforted by the fact that I don't need look far to find the many reminders she left behind that  characterize her love . strength . courage and grace. The pine tree to me is one of them.

Posted Feb 15, 2021 at 06:28pm
Soon after meeting mom for the very first time, my dad had sold his house on Beverly Rd Oradell, I had been living in an apartment, which was short lived as the bed I was sleeping on there had been a dog laying there previously and unbeknownst to me. The tenants had this dog and I without my own bed used there’s, who said people can’t get fleas? After but a few weeks and multiple bites (itched like mad) later I was about to fall asleep and felt something jumping by my leg, I whipped the blanket off and saw the little bastards, fleas, several of them having a feast at my expense. The next day I was gone totally irate at these two idiots for not letting me know their dog used to sleep in that bed!!
But I had nowhere to go and asked my dad if his new family wouldn’t object I crash there, promise I’ll be out as soon as I can find another crib.
So I moved what little stuff I had to Tina and Dads place, but after a few days I still had the fleas so when ever on went to school and work I had the brainstorming idea, I’ll set a flea bomb off and get ready of them for good. So I sealed off the basement where I was crashing, set the bomb and left the house, my new temporary home where Tina, dad, Roy and my new steps were living.
Don’t ask me what I was thinking because when Tina got home and saw the sheets handing in the doorway she had a caniption and rightly so! Welcome Harold, when did you say you were leaving again?
After some time we were able to laugh about it but needless to say Tina was appalled I’d did that and literally right after moving in.
Mom took most everything in stride she was an amazing woman and step mom, for the longest time it was difficult to call her “mom” for me but she treated me and all of us as her own and I’ll never forget you MOM!!
We miss you but also grateful to have had you for all these years, God rest tour soul and say hi to Big Harold!
Love and kisses Harold Jr
Comment Share
Share via:
RS

Posted Feb 15, 2021 at 06:02pm
Tina was an incredible woman, she had the uncanny ability to remember dates, birthdays, wedding anniversaries special days that she would take the time
to buy a card and send it out on time. She welcomed me into her home with my dad on Elmore Mountain road. I worked late into the evening, sometimes not getting home till 9:30 or 10 at night. But as the true loving soul she was, she would always make sure I was fed and had
clean clothes to wear. It was then that I asked her if I could call her mom. She said she’d be honored, that’s when I realized what a warm, loving, kind hearted woman she was. RIP mom I know you’re in good hands now. Love you always, Ronald
clothes
Comment Share
Share via: 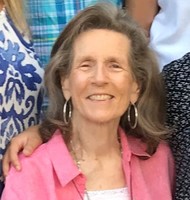 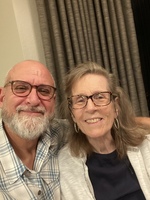 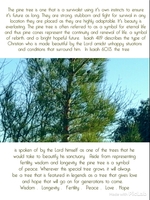 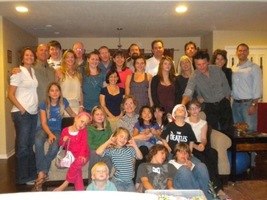