To share your memory on the wall of Charles Moore, sign in using one of the following options:

Charles met his wife, Sylvia, at Oberlin Conservatory of Music when both were undergraduates with majors in music. Sylvia and Charles moved to New York while Charles attended the General Theological Seminary and were married the same year that Charles was ordained to the priesthood. Father Moore was a member of the clergy of the Church of Saint James on Madison Ave and in 1959, was assistant clergy at the Church of the Resurrection on 74th street in Manhattan. In 1967, he moved from the big city to Northbrook, Illinois where he was called as rector of St. Giles. Sylvia passed away in 1974 from cancer. In 1981, Father Moore was called to St. Mark’s church in Philadelphia, PA. During this time, St. Mark’s was noted for creating ministries that met new social and spiritual needs, especially the AIDS crisis. Father Moore was also instrumental in welcoming women to the priesthood and was one of the first Episcopal priests to appoint a female Curate. Father Moore retired from St. Marks in 1994 proud of having repaired the building and establishing St. Mark’s as a wonderful venue for music.

After 6 years of Pennsylvania winters, Father Moore moved to Naples, Florida after visiting his friend Julie Goff. “I used to make fun of Florida,” said Charles, “but it is hard to beat the winters and now I’m hooked.” Father Moore was known for his love of music and of literature and was an accomplished pianist. Charles is remembered as a gifted orator and spiritual leader, who loved the liturgy and music. If you would like to give a gift in honor of Charles, please send a contribution to: http://www.saintmarksphiladelphia.org/give or to :
https://naplescommunityorchestra.org/donate/
Read Less

Receive notifications about information and event scheduling for Charles

We encourage you to share your most beloved memories of Charles here, so that the family and other loved ones can always see it. You can upload cherished photographs, or share your favorite stories, and can even comment on those shared by others.

Plant a Tree in Memory of Charles
Plant a tree 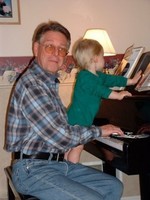 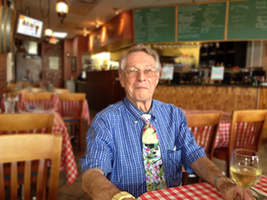