To share your memory on the wall of Eugene Means, sign in using one of the following options:

Print
Naples, FL - Eugene Deible Means, M.D., 82 of Naples, passed away peacefully at his residence on November 3, 2020, after a courageous battle with Sarcoma and Alzheimer’s Disease.

“Gene” was born on October 19,1938, in Dubois, Penns... Read More
Naples, FL - Eugene Deible Means, M.D., 82 of Naples, passed away peacefully at his residence on November 3, 2020, after a courageous battle with Sarcoma and Alzheimer’s Disease.

“Gene” was born on October 19,1938, in Dubois, Pennsylvania, to Alton D. and Virginia R. (Dennis) Means and grew up in the nearby town of Reynoldsville. He received his undergraduate degree in 1960 from Franklin and Marshall College in Lancaster, PA. Postgraduate studies were begun in Buffalo, New York, where he received his medical degree in 1964 from S.U.N.Y. at Buffalo. While there he received several honors and awards, and was particularly proud of being elected into the prestigious Alpha Omega Alpha Honor Medical Society. Gene then moved to Chicago, Illinois, where he completed an internship in neurology at Northwestern Memorial Hospital in 1965 and a double residency at Northwestern University Medical Center, one in neurology and one in neuropathology. He was a summa cum laude graduate in 1969.

Gene’s career spanned a total of forty-seven years, eighteen in academic medicine, while also seeing neurology patients, and twenty-nine years in the pharmaceutical industry. During that time he served on numerous committees and boards, examined for the American Board of Neurological Surgery and the Board of Psychiatry and Neurology, worked closely with the FDA, and he published numerous papers and lectured globally at conferences and symposiums.

His career began in Albany, New York, at the Albany Medical College, where he spent four years teaching medical students and seeing neurology patients in the clinic and hospital. In 1974 he took a position in the Department of Neurology at the University of South Florida College of Medicine in Tampa, Florida, continuing his teaching career and seeing patients. Gene thoroughly enjoyed teaching and mentoring students, many of whom stayed in touch with him for years to come. His last academic position was in Cincinnati, Ohio, from 1978-1987 at the University of Cincinnati (UC) College of Medicine. In addition to his teaching responsibilities and seeing patients, he was also a professor in the Department of Pathology (Neuropathology). He had his own laboratory with dedicated staff who conducted preclinical research in spinal cord injury. Dr. Means was also Chief of Staff at the VA Medical Center in Cincinnati.

Gene was a gifted physician who practiced medicine with integrity, dedication and genuine compassion. He utilized those same traits in his leadership roles in the pharmaceutical industry. In 1987, the former Upjohn Company (currently Pfizer) recruited him to Kalamazoo, Michigan, to oversee the development of their lead drug at the time. While there, he was awarded the Chairman of the Board Award and the Upjohn Achievements in Science and Medicine Award, the highest award given each year at Upjohn. In 1996, Gene was recruited to the Philadelphia, Pennsylvania, and Wilmington, Delaware, areas working for the former Astra Merck and current AstraZeneca. He had a number of positions during his tenure there. Gene formally retired from AstraZeneca in 2007, but continued to work for Remedy Pharmaceuticals in New York, as their Chief Medical Officer until 2016.

Gene was always eager to help a family member or friend who had a medical problem. If he wasn’t able to resolve the issue, he would know to whom to refer them.

Gene was known for his passion for wine and his generous spirit for sharing his wines with others, which brought him great joy. He and Lynn enjoyed many wine-tasting trips to various wine regions of the world, as well as hosting wine-tasting dinners over the years. Gene enjoyed being with his family and friends and spending time with his Portuguese Water Dog, playing golf, listening to classical music, traveling the world and being in the outdoors. Utopia for Gene and Lynn was spending time at “Serenity,” their beloved home they designed and built in Michigan on the Little Manistee River in 1991. It was there that Gene began his hobby of woodworking. Over the years he used many rare woods to make numerous beautiful small boxes for family and friends. He came to love his woodworking hobby, and he was very proud of the uniques designs he made. Many treasured memories were made with family and friends over the span of 25 years on the river. Gene would often comment, “It doesn’t get any better than this!”

Our family is grateful to the dedicated and compassionate nurses and staff of Avow Hospice who tirelessly cared for Dr. Means during his final few weeks.

Due to the pandemic, there will be no public service at this time. A Celebration of Gene’s Life will be planned for a later date. In lieu of flowers, donations may be made in Gene’s memory to the Little Manistee Watershed Conservation Council (LMWCC), P.O. Box 52, Irons, MI 49644 or the Naples Humane Society (www.hsnaples.org).
Read Less

Receive notifications about information and event scheduling for Eugene

We encourage you to share your most beloved memories of Eugene here, so that the family and other loved ones can always see it. You can upload cherished photographs, or share your favorite stories, and can even comment on those shared by others.

Plant a Tree in Memory of Eugene
Plant a tree 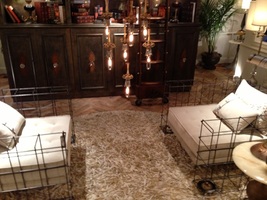 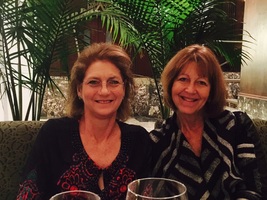 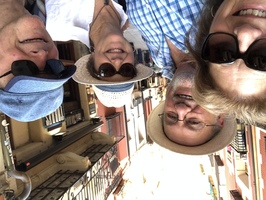