To share your memory on the wall of Judith Gilman, sign in using one of the following options:

JUDITH C. GILMAN
10/25/1948-1/16/2021
JUDITH C. GILMAN, 72, of Apollo Beach, Florida passed away suddenly on Saturday, January 16, 2021 in Naples, Florida. Judy, daughter of Walter A. Lawrence, Jr. and Janet Sinkinson Lawrence, is survived by her daughter, Kathleen Gilman, and many close friends. Born in Burlington, Vermont, Judy grew up in Kennebunk, Maine. A graduate of Kennebunk High School, Judy pursued her love of writing while raising a family and living in London, Chicago, New York and New Hampshire, among other places. Settling in Duxbury, Massachusetts in 1978, Judy obtained her degree in journalism from Boston University and began working for the Mariner News Group, eventually becoming editor of The Hingham Journal. During this time, Judy also pursued her love of dance, particularly ballet, and performed with The Heritage School of Ballet in several recitals. In June 1985, Judy was involved in a devastating car crash which left her with multiple injuries, including severe traumatic brain injury. Despite a dismal prognosis, Judy persevered and was eventually able to live on her own in Braintree, Massachusetts for many years. In 2014, Judy moved to Apollo Beach, Florida and, with her daughter and beloved caregiver, Ruthann Camandona, was able to enjoy many adventures, including an East Coast road trip from Florida to Maine to attend her 50th high school reunion in 2017. During her final years, Judy lived a full and vibrant life, becoming "grandma" to her caregiver's grandchildren and spending time with the Camandona family in Naples, Florida. Judy will be laid to rest in Kennebunk, Maine with her parents this summer. Judy's strength and humor will be remembered fondly and continue to be a source of inspiration to all who crossed her path during the various stages of her life. She was truly one of a kind.

In lieu of flowers, please consider a donation in Judy's name to a local brain injury center or animal shelter.
Read Less

Receive notifications about information and event scheduling for Judith

We encourage you to share your most beloved memories of Judith here, so that the family and other loved ones can always see it. You can upload cherished photographs, or share your favorite stories, and can even comment on those shared by others.

Posted Feb 04, 2021 at 06:00pm
Hi Kathy and others who loved Judy,
I remember very clearly in high school I stayed over at the house on Summer St. Even though it seemed like there were lots of rooms in that beautiful old house, we slept in the same bed in her room. I think it was a full bed but still - not really expansive. Well. the mattress must have been very old - it sagged in the middle. I don't think either of us got much sleep that night. It was a long climb up out of that dip.
Comment Share
Share via: 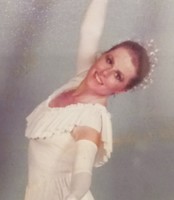