To share your memory on the wall of Ralph Younkin, DO, sign in using one of the following options:

Provide comfort for the family by sending flowers or planting a tree in memory of Ralph Younkin, DO

Provide comfort for the family by sending flowers or planting a tree in memory of Ralph Younkin, DO

Bud was the youngest of five children. He was active in church, school, and Boy Scouts of America where he attained Eagle Scout at the age of 16.

Bud attended Northeast High School in Kansas City, Missouri, Kansas University, and the Kansas City College of Osteopathic Medicine. Although Bud and Mary attended the same church and high school, they didn’t start dating until meeting up again at Kansas University and became engaged while Bud was in medical school. They were married on June 2, 1952. Bud completed his internship and residency in Detroit and later started his medical practice in family medicine in Detroit, Michigan, where he and Mary lived from 1954 through 1988 raising their three children. In addition to his practice, Bud also served as Chief of Staff of Botsford Hospital and on the staff of Michigan State University College of Osteopathic Medicine. Upon retirement from his Michigan practice, Bud accepted a position with Kaiser Permanente in Akron, Ohio where he continued practicing family medicine from 1989 to 1995 and teaching medical students associated with the Northeast Ohio University College of Medicine.

Although a well-respected physician, Bud was also an outstanding musician, paying for much of his college and medical school expenses by playing his trombone in various big bands in the greater Kansas City and Detroit areas. Upon retirement he picked up his beloved trombone again and played in numerous big bands and concert bands in Naples, Akron, and Plymouth, Michigan. Bud also studied classical guitar and family could often hear the gentle sounds of the guitar as he practiced.

In leisure time, Bud loved to travel both before and after Mary’s passing, and had visited every continent except Antarctica and Africa. He was an avid skier visiting resorts in Colorado, Utah, New York, Michigan, and British Columbia, though Vail, Colorado was by far his favorite. Bud was also an avid reader, reading three to six books every two weeks.

A brief memorial service and committal of ashes will take place on February 6th at 4:00PM at The First Presbyterian Church of Naples located at 250 Sixth Street South in Naples, Florida. A Celebration of Life service will be held in Akron, Ohio in July or at such time when COVID-19 restrictions allow for family to safely travel. In lieu of flowers, memorial gifts may be sent to the First Presbyterian Church of Naples music memorial fund at 250 Sixth Street South, Naples, Florida 34102 or Memorial Sloan Kettering Cancer Center, PO Box 5028, Hagerstown, Maryland 21741-5028.
Read Less

Receive notifications about information and event scheduling for Ralph

We encourage you to share your most beloved memories of Ralph here, so that the family and other loved ones can always see it. You can upload cherished photographs, or share your favorite stories, and can even comment on those shared by others.

Plant a Tree in Memory of Ralph
Plant a tree
3 trees have been planted in memory of Ralph E. Younkin, DO Jr.
MD

3 trees were planted in the memory of Ralph Younkin, DO 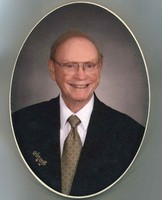 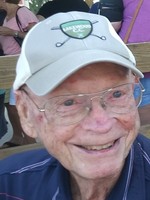