To share your memory on the wall of Frederick Goodwin, sign in using one of the following options:

Fred was an avid baseball fan and was a former President of the Oriole Advocates and life member. In addition, he was a member of the Kiwanis Club and Association of Data Processors. He was also an active basketball coach, baseball coach, and official, in the Essex, Middle River, and Timonium, areas of Maryland.

Services will be held at a later date in Maryland.

Receive notifications about information and event scheduling for Frederick

Print
Services will be held at a later date in Maryland.

We encourage you to share your most beloved memories of Frederick here, so that the family and other loved ones can always see it. You can upload cherished photographs, or share your favorite stories, and can even comment on those shared by others.

Posted May 04, 2021 at 07:41pm
He simply always cared...I feel blessed to have known him. May God comfort and bless his family. A friend, Karen
Comment Share
Share via: 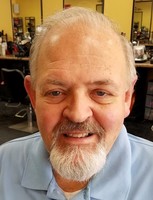